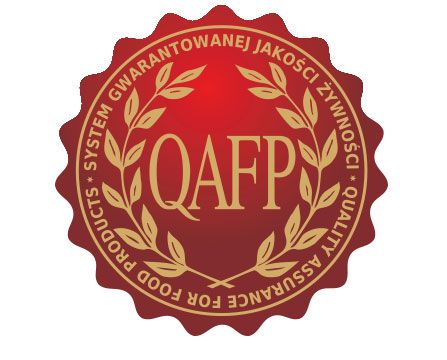 QAFP (Quality Assurance for Food Products) was developed in 2009 on the initiative of the Union of Producers and Employers of the Meat Industry, an organisation of enterprises from the meat industry. The main reasons for creating the system were clearly specified:

The assumptions of QAFP were developed by scientists from leading universities in Poland – Warsaw University of Life Sciences, National Research Institute of Animal Production in Cracow and University of Warmia and Mazury in Olsztyn.

The QAFP system was additionally recognised by top experts and scientists on the Polish market and supported by consumer organisations.

High quality meat is the best source of protein for you and your family. That’s why it should find its way to your table twice a week. When looking for the highest quality meat, always choose products with the QAFP (Quality Assurance for Food Products) certificate. Products with this sign fulfill strict standards and are subject to control at every stage of manufacture. This way you can be sure that products certified with the QAFP mark are characterised by superior taste and nutritional value.